Dikanka’s second famous church is Troitska church. It was built in 1780, in a wooden Khrestovozdvishenskoi baroque architechtural style, on a farm in the historical center of the village. This church was visited by Cossacks. 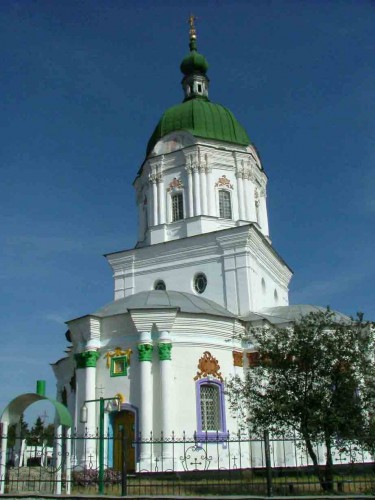 When it was opened it was founded as a church school. Under the right half of this church is the builder of the church is buried. The church was sponsored by Kochubay and his wife Ulyana Bezborodko. The Troitska church is the only one in Ukrainian memory representing architecture that is closely tied with Gogol’s literary creations, as in his story, a “Night Before Christmas” in his collection of stories found in his book, “An Evening in a Village near Dikanka.”